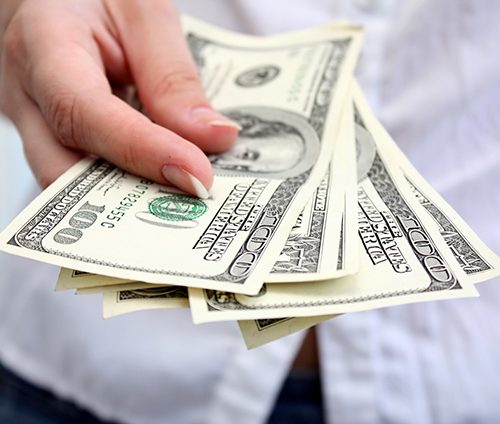 I remember how depressing it used to be whenever summer time came around. I live in a state where we have renowned beaches, and pools galore! Summer for us is a huge time of year, especially when it comes to spending time with friends and family enjoying the seasonal activities. I used to get to enjoy the sunlight from behind huge windows mostly covered by blinds. I spent my time under fluorescent lights that did nothing for my body other than give me a headache after a while. One day I decided enough was enough, and I set out to change my circumstances and bring about something new and better for myself. Getting to work from home may seem too good to be true, but for many people including myself, it was an answer to something we had been seeking for so long: freedom to live, while having freedom to earn. Tired of seeing my summers flushed down the drain by a corporation who had no interest in the fact that I had requested that day off to see my great-grandmother who only visits every five years, I gained employment with Madison Enterprise and set about writing my own story. I am now able to set my own hours to enjoy the sometimes scarce availability of family and friends. I have been able to get a tan this summer for the first time in years! As a phone sex operator, I can work according to my life and my desired hours of operation. This job allows me the freedom to know that I am working hard for a company that allows me to have a life outside of work. Running a sex line means that I can choose from any day or time to set my schedule, twenty four hours a day, seven days a week. Holidays? No problem. If you are unavailable, take off. If you are someone who prefers to stay in and have a quiet night, schedule yourself a shift, and take advantage of the extra phone and text sex sessions you will get to make money from while some of your other co-workers may have decided to take off. Since we are such a team-oriented staff, we all pay attention to the days our co-workers need off, we can work to try and fill in the gaps as our schedule permits, to create an environment beneficial […]
Do you like it?99
Read more

Let’s be honest for a minute in stating that most people do not like the grind of their typical 9 to 5, Monday through Friday jobs. Sure, you get your weekends off, but you are just a cog in the machine for the rest of the week. Working on someone else’s time and revolving your life around that. I remember when it really hit me that I wanted more for myself, and I was determined to find a way to do just that. Madison Enterprise has offered me that opportunity as a work from home phone sex operator, and it has changed my life! No more do I have to wait with baited breath the day before the next week starts to find out when I am expected to be there, regardless of what real life warrants. I am able to set my own schedule, a freedom that is hard for most people to even imagine. Sometimes, I work in my PJs, which can be fun for my sex line clients to imagine as well! This luxury is something that you will find in no office anywhere, so that is a perk unique to working from home. This company offers me the chance to work nights or mornings, afternoons or weekends, depending on what works best for me. I even get to enjoy some raunchy text sex sessions, some of my favorite things to do because we get to really use our imagination and tease with the lack of sounds or sights. This job has done wonders for my mental health, my general health, and my wallet! I am able to relax and work from my home office, eat the meals I can prepare at home versus grabbing something quick and unhealthy on the go, and I do not need to drive across town to the office anymore! Factors that have all made it possible to save money in areas that I could not before. If you are interested in a rewarding job that allows you the freedom of working from home, apply with Madison Enterprise and take the first step!
Do you like it?27
Read more 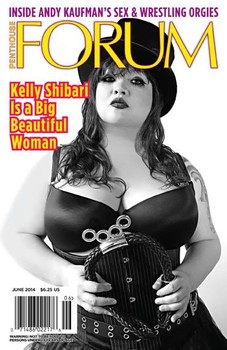 Kelly Shibari, a big, beautiful woman, adult film actress, and sexual educator for gals of every size has the honor of being featured on Penthouse in all her rock and roll glory proving once and for all that beauty comes in all shapes, sizes, and ethnicities. The June issue hit the stands today everywhere Penthouse products are sold (Barns and Noble, 7-Eleven, etc). Yes, you read that correctly. The June issue is out at the end of April. Go figure! And it’s about time adult magazines give readers more than just the expected cookie-cutter centerfolds! I mean, who wants to stick to just one flavor ad nauseum when there are so many tasty choices to choose from? Even the cover is a departure from the usual boudoir chic showing Shibari looking as if she’s about to blow the roof off an arena at her own concert. “It’s not the picture I would’ve picked” laughs Shibari. “Penthouse – everyone is usually scantily clad – very much in lingerie, you know what I mean, bikinis and such, and the managing editor, Eric (Danville) was like ‘I want THAT photo to be on the cover’, and I was like, “Okay”. The photo is a reflection, according to Shibari, of Danville’s own rock and roll personality. It’s theatrical, commanding, and in-your-face. It’s also intriguing and inviting which will seduce and lure the curious and please those who revel in the fuller figure. “It’s a striking cover, and I’m very, very happy with it.” Kelly Shibari was not an unknown to Penthouse and Danville. She’s known some of the players for the past few years collaborating on projects and public relations. So when the decision by Penthouse was made to finally shake things up, Shibari was the first to come to mind. “They’ve profiled non-adult performers in the past, BDSM performers like my friend January Seraph for their main magazine, but they’ve never really touched on a lot of Alt or non-mainstream performers, and…I don’t know if it’s because I’m a little bit different. I’m older. So my take on adult entertainment is kinda steeped in – to the point, I used to watch in the 90s and the late 80s. The kind of porn I watched was for entertainment, kind of just fantasy-based storylines so it wasn’t meant to be a replacement for sex education. A lot of kids these days watch a lot […]
Do you like it?40
Read more